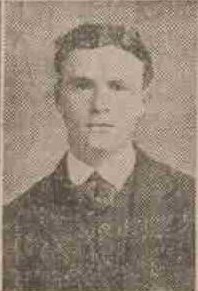 Alex has no known grave but is remembered on the Thiepval Memorial.

Mrs Christie, 110 Lochee Road, Dundee, received official intimation yesterday that her husband, Private Alexander Christie, Royal Scots, was killed in action on 8th July.  Private Christie was in the regular army for four years, and came from India to the firing line on the outbreak of war.  He was wounded in both hands in March of last year.  Two brothers, Private William Christie and Driver Andrew Christie, are serving in the Royal Scots and Royal Engineers respectively.

Can you tell us more about Alexander Christie'? Some additional facts, a small story handed down through the family or perhaps a picture or an heirloom you can share online. Contact our curator...