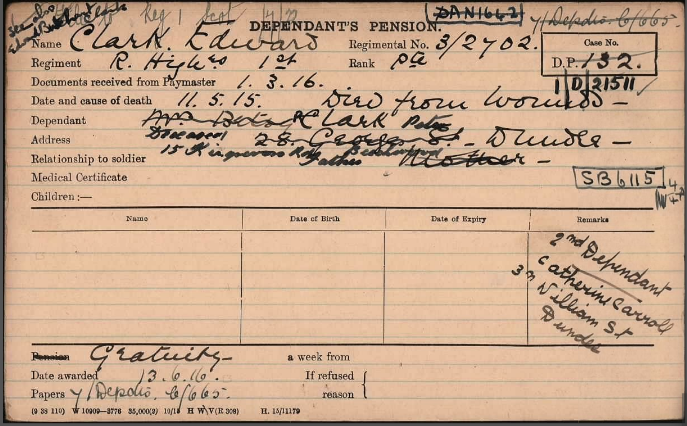 Private Clark enlisted on 8th August last.  He went to the front on 23rd November, was wounded on 8th May, and died two days later.  Before enlisting he was employed as a calender worker by Messrs Wm. Watson & Co. at Forebank Dyeworks.  He was 19 years of age.

According to this mans pension record he had a 2nd dependant, Catherine Carroll, 3 North William St, Dundee

Can you tell us more about Edward Butchart Clark'? Some additional facts, a small story handed down through the family or perhaps a picture or an heirloom you can share online. Contact our curator...