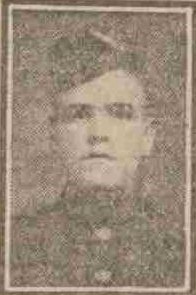 Pte. James Clark, Gordon Highlanders, who formerly resided at 27 Lamb’s Lane, has died from gas poisoning.  Deceased enlisted in April of last year, and had been in France since March.  He was 19 years of age, and prior to joining up was employed in Rashiewell Works.  His father, Mr Francis Clark, is a private in the Scottish Rifles.

Can you tell us more about James Clark'? Some additional facts, a small story handed down through the family or perhaps a picture or an heirloom you can share online. Contact our curator...