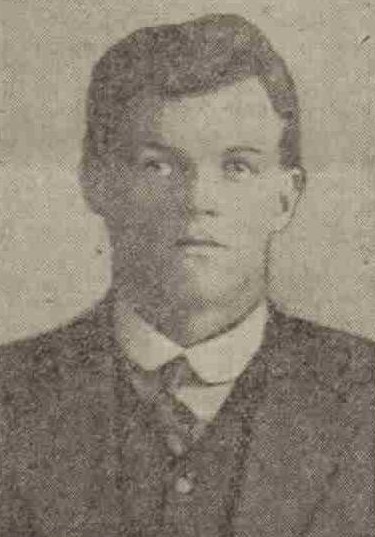 A cloud has fallen upon another Dundee household.  Mrs Wm. Clark, residing in Broughty Ferry Road, has received information from the military authorities that her husband is reported as missing.  Clark, who is only 22 years old, and was employed as a warehouseman with Messrs Hill & Renny, flax merchants, Dundee, was married only last February, which makes the circumstances of the case even more pathetic.  Being a National Reservist, Clark was called up after the outbreak of war, and held the rank of driver in the Royal Engineers.

The engagement after which he was found to be missing is not known, but it is thought he was one of the twelve Engineers who were shot by the Germans while engaged firing a bridge some time ago.

His mother, Mrs Hugh Clark, residing at 73 Blackscroft, has other two sons who have joined the colours, one of whom is at present in camp at Quebec, Canada.  Mrs Clark, sen., is naturally very anxious about her sons after hearing such news about one of them, while the suspense is also very trying to the wife of the missing soldier.

William Clark died 25th May 1918 in Germany as a prisoner of war.

Can you tell us more about William McLean Clark'? Some additional facts, a small story handed down through the family or perhaps a picture or an heirloom you can share online. Contact our curator...