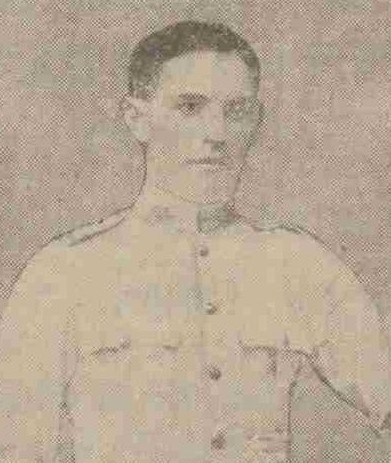 LOCHEE SOLDIER HAS BEEN POSTED MISSING

SINCE THE FATAL 9th MAY.

Mrs Cochrane, who resides at 2 Campbell Street, Lochee, is in a state of anxiety concerning her son, who has been missing since 9th May.  He is Private Thomas Cochrane, attached to the machine gun section of the 2rd Battalion King’s Own Scottish Borderers, and nothing has been heard of him since he was posted missing on 9th May.

Mrs Cochrane has received several conflicting reports about her son’s fate, but the War Office has assured her that they have no official intimation of his death.

Private Cochrane was 29 years of age, and has in all served eight years with his regiment, four of which were spent in India.  He had just detached himself from the regiment four months when he was called up at the outbreak of war.

Mrs Cochrane is a widow, and Thomas was her only support.

Can you tell us more about Thomas Cochrane'? Some additional facts, a small story handed down through the family or perhaps a picture or an heirloom you can share online. Contact our curator...