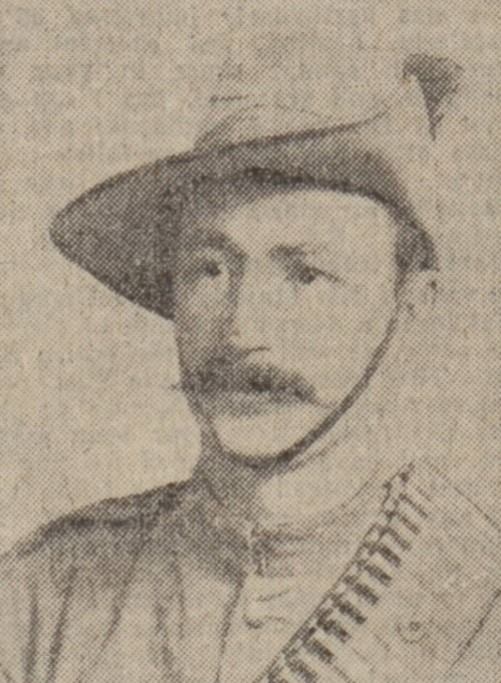 3-9508 Pte. John Connelly, 1st Black Watch, was killed in action on 11 November 1914, aged 45, in the fierce fighting near Nonneboschen.
He was one of five men from Todburn Lane, a small Dundee street, who died before the end of 1914. Pte. Connelly left a widow and seven daughters.

TODBURN LANE, DUNDEE, HAS PAID HEAVY TOLL. PRIVATE CONNELLY IS KILLED IN ACTION. Todburn Lane, a small thoroughfare in the central district of Dundee, has paid a heavy toll in the present war.
Five of the men living in the lane have fought and died for their country, the last to fill a soldier’s grave in France being Private Connelly, of the 3d Black Watch. Private Connelly, who was forty years of age, was a reservist, having served through the South African War without getting a scratch. He held the King and Queen’s medals, with several bars, for that war, while he also gained the long service and Coronation medals.
Mrs Connelly, who lives at 28 Todburn Lane, received intimation yesterday that her husband was killed in action on 11th November. Seven girls are left, several of whom are not yet able to realise that their “daddy” is dead. The Courier, Tuesday, 8 December 1914, 4.

Can you tell us more about John Connelly'? Some additional facts, a small story handed down through the family or perhaps a picture or an heirloom you can share online. Contact our curator...