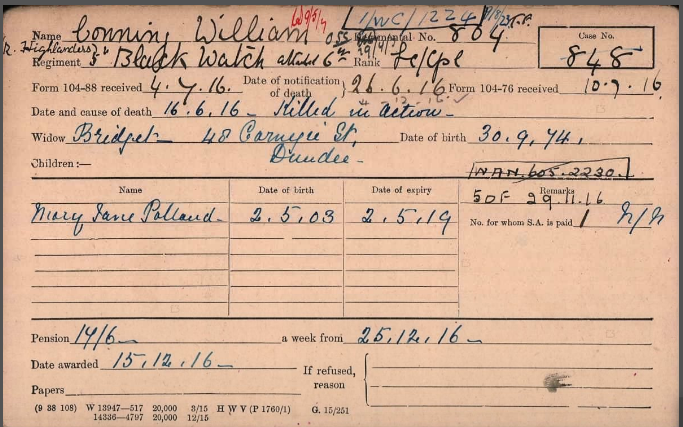 Mrs Conning, 48 Carnegie Street, Dundee, has received intimation that her husband, Lance-Corporal, William Conning, Black Watch, was killed in action on 16th June.  He was many years in the Territorials, and was called up when war broke out.  Lance-Corporal Conning was 42 years of age, and was employed as a preparer in James Scott & Sons, Limited, Hillbank Linen Works, Dundee.

Can you tell us more about William Conning'? Some additional facts, a small story handed down through the family or perhaps a picture or an heirloom you can share online. Contact our curator...