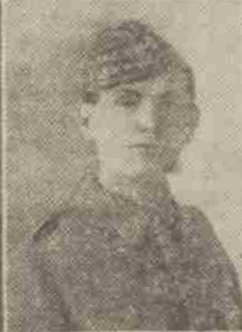 David died of wounds. He was the brother of Pte Thomas Dall 28641, Kings Own Royal Lancaster Regiment, who died 06.07.1919. Both David & Thomas share a grave in Dundee Eastern Cemetery. David and Thomas are also believed to be the brothers of Signaller James S. Dall, 14602, 1st Battalion Scots Guards.

Mr John Dall, 69 Caldrum Street, Dundee, yesterday received official notice that his son, Private David Dall, had died in Birmingham Hospital from wounds received on July 4.  Previous to enlisting in the Royal Scots about a year ago deceased was employed as a lithographer in Edinburgh, after serving his apprenticeship with Messrs Girdwood, Dundee.  He was 24 Years of age.

Can you tell us more about David Dall'? Some additional facts, a small story handed down through the family or perhaps a picture or an heirloom you can share online. Contact our curator...