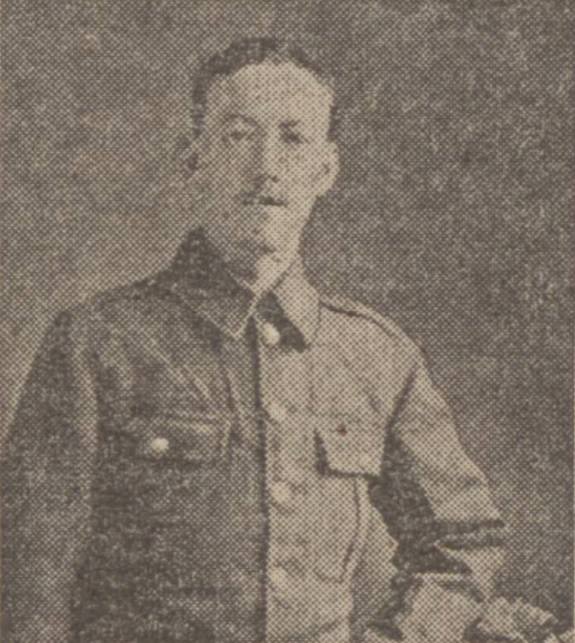 11082 Pte. Charles Dalton, 1st Royal Scots, was killed in action on 28 August 1915, aged 23. Dalton was a regular soldier whose mother lived at 43 Ure Street.
He is buried in Ration Farm Military Cemetery, La Chapelle d’Armentieres, Nord, France, VI. L. 30.SAD CIRCUMSTANCES ATTEND DEATH OF DUNDEE LAD IN FRANCE. LEFT CITY ON WIDOWED MOTHER’S BIRTHDAY. Sad circumstances attend the death in action of Private Charles Dalton, 1st Royal Scots, whose home was at 43 Ure Street, Dundee.
Mrs Dalton is a widow, and she has been in ill-health for a considerable time. Charles was her only son, and she is now left with two daughters. The news of Private Dalton’s death was intimated to his mother by the receipt of letters from a comrade and deceased’s officer.
The latter writes: – “Private Dalton was one of the smartest men in my platoon. He was always cheerful and willing. He was buried behind the trenches in a little cemetery.”
Private Dalton, who was 23 years of age, had been in the army for three years, one year of which he spent in India. He was invalided home some time ago with frost-bitten feet. He left for the front again on his mother’s birthday, the 3rd of May. The Courier, Saturday, 4 September 1915, 4

Can you tell us more about Charles Dalton'? Some additional facts, a small story handed down through the family or perhaps a picture or an heirloom you can share online. Contact our curator...