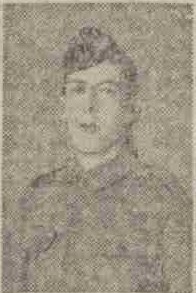 Private William Dand, Dundee, a member of the Machine Gun Corps, has fallen in action.  Deceased, who had scarcely attained the age of 19, was killed on the 1st of the month.  He is a son of Mr and Mrs Andrew Dand, 72 Church Street.

Private Dand originally joined the Scottish Rifles shortly after the outbreak of war, but when volunteers were asked for the machine gun corps, he offered his services.  Before enlisting he was employed in the city as a dye worker.

Can you tell us more about William Dand'? Some additional facts, a small story handed down through the family or perhaps a picture or an heirloom you can share online. Contact our curator...