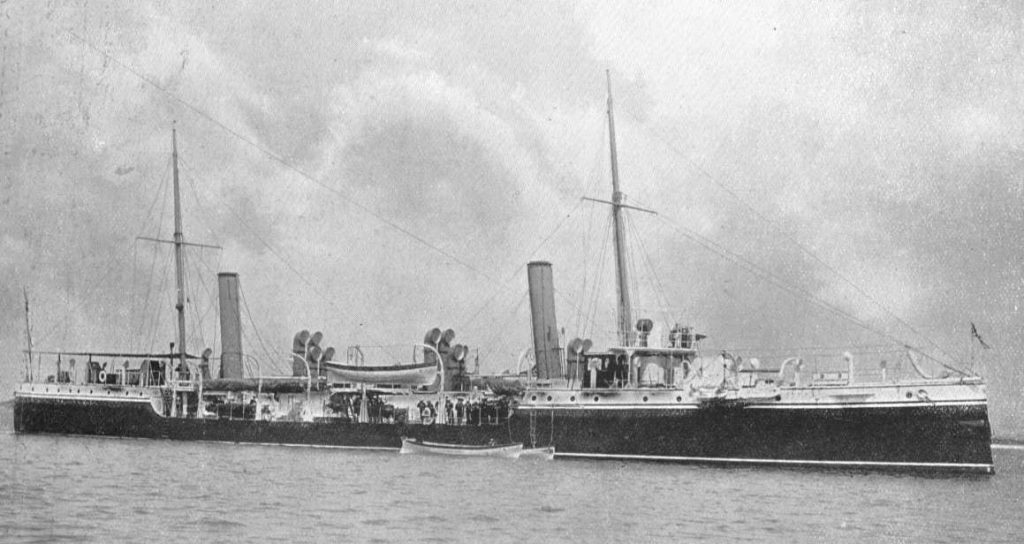 The third HMS Halcyon was a Dryad-Class torpedo Gunboat of the Royal Navy. Once described as “perhaps the smallest and least formidable vessel that ever crept into the ‘Navy List,’ “, she was launched in 1894 and was put up for sale before World War I. She was recommissioned in 1913, was converted to a minesweeper and served under the orders of the Admiral Commanding Coast Guard and Reserves. She was sold for breaking in 1919.

Can you tell us more about Douglas Davidson'? Some additional facts, a small story handed down through the family or perhaps a picture or an heirloom you can share online. Contact our curator...