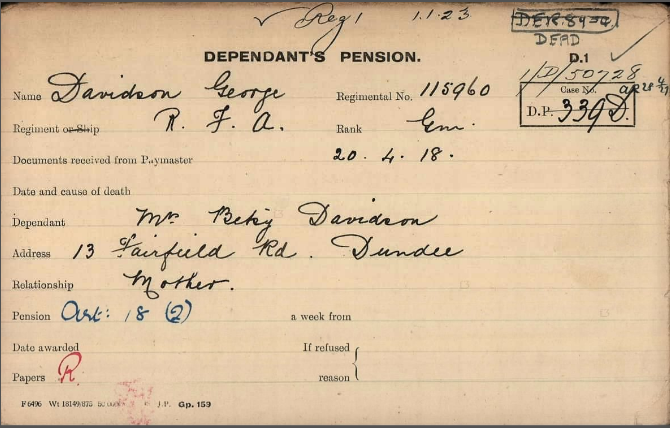 Gunner Davidson rejoined his regiment as a reservist at the outbreak of war, and took part in the battle of Mons and other heavy engagements, but for some time past he had been acting as storekeeper in Preston.  His younger brother died of wounds received in action in September last.

Can you tell us more about George Davidson'? Some additional facts, a small story handed down through the family or perhaps a picture or an heirloom you can share online. Contact our curator...