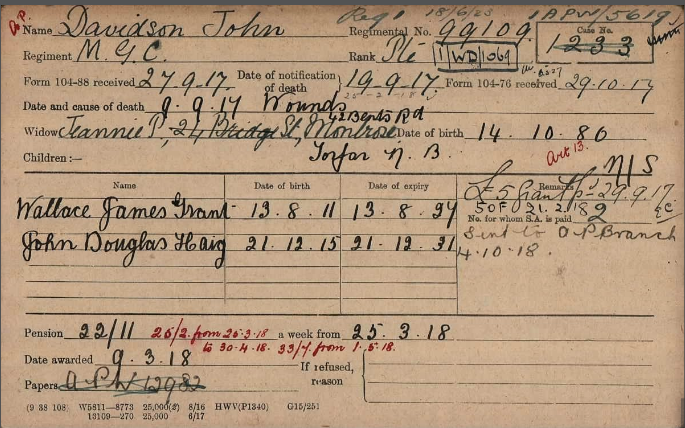 Mrs Davidson, 24 Bridge Street, Montrose, has received intimation from the Chaplain of the 36th Casualty Clearing Station in France, advising her that her husband, Private John Davidson, Machine Gun Corps (Heavy Section), had been wounded, on September 5, in the left leg, right side, and right hand.  Prior to enlisting in February last Private Davidson, who went to France toward the end of June, was a traveller with Messrs John M’Kenzie & Sons, Academy Park Flour Mills, Montrose.

Can you tell us more about John Davidson'? Some additional facts, a small story handed down through the family or perhaps a picture or an heirloom you can share online. Contact our curator...