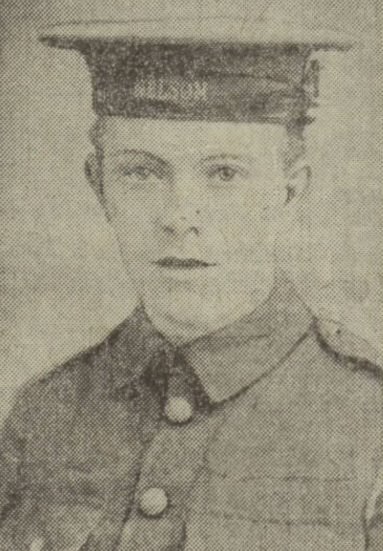 Walter has no known grave but is remembered on the Helles Memorial.

DUNDEE RAILWAYMAN KILLED AT DARDANELLES. Mr James Davidson, railway guard, 29 Rosefield Street, Dundee, has received official intimation that his son, Able Seaman Walter R. Davidson, was killed near the Dardanelles.
Seaman Davidson, who was 19 years of age, was attached to the Nelson Battalion of the Naval Brigade, in which he enlisted in September. He was formerly employed with the North British Railway Company at Tay Bridge Station. The Courier, Friday, 25 June 1915, 4.

Can you tell us more about Walter Robertson Davidson'? Some additional facts, a small story handed down through the family or perhaps a picture or an heirloom you can share online. Contact our curator...