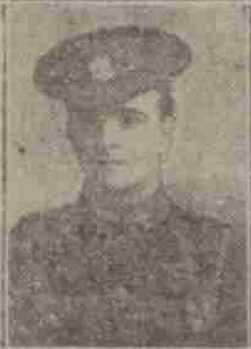 Charles has no known grave but is remembered on the Arras Memorial. This man is also listed as Charles Daire on Peoples Journal 1925 supplement.

Can you tell us more about Charles Smith Davie'? Some additional facts, a small story handed down through the family or perhaps a picture or an heirloom you can share online. Contact our curator...