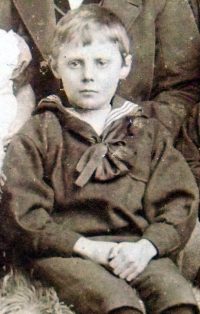 Robert initially served with the Royal West Kent Regiment before transferring to the Royal Dublin Fusiliers. He died of wounds in a French Military Hospital. Robert is remembered on the Stobswell Church Roll of Honour.

Private Rodger Day died in a military hospital in France on the 5th inst. as the result of a gunshot wound in the chest.  He was a reservist, and was mobilised at the outbreak of war.  He had gone through severe fighting in the Balkans, Egypt, and France.  Pte. Day served with the Royal West Kent Regiment on the Balkan front, being subsequently transferred to the Royal Dublin Fusiliers, and was sent to France recently, where he took part in the victorious advance.  His wife, who resides at 1 Miller’s Wynd, Perth Road, Dundee, received the sad news of his death while the joy bells of peace were ringing.  Previous to the war he was with Lipton, Ltd., at Dundee Naval Base, where he was well known and highly respected.

Can you tell us more about Robert Day'? Some additional facts, a small story handed down through the family or perhaps a picture or an heirloom you can share online. Contact our curator...