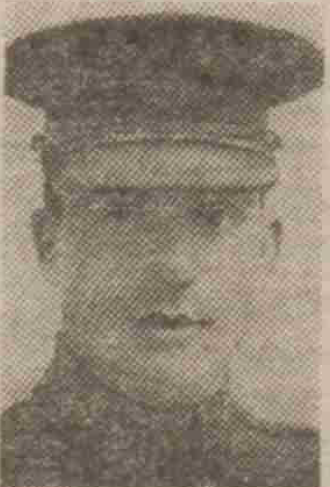 The Last Post Ceremony is presented in the Commemorative area of the Australian War Memorial each day. The ceremony commemorates more than 102,000 Australians who have given their lives in war and other operations and whose names are recorded on the Roll of Honour. At each ceremony the story behind one of the names on the Roll of Honour is told. Hosted by Craig Berelle, the story for this day was on (2851) Lieutenant David MacNair Doig, 47th Battalion, First World War.

David Doig was born in Dundee, Scotland. He came to Australia with his family at the age of 16. They settled in Wagin, Western Australia, and David attended Claremont College while working as a shop assistant. He eventually qualified as a school teacher, and obtained a position at the Bunbury State School.

Doig enlisted in the Australian Imperial Force on 26 June 1915 at the age of 20. He served in a number of different units, including the 11th, 16th, and 48th battalions. In the early stages of his military career he was at one point a regimental quarter master sergeant and at another a warrant officer. He was finally posted to the 47th Battalion on 10 May 1916, but continued to be seconded to different units, most commonly to work in divisional and corps training schools. After a series of promotions he was made lieutenant in November 1917.

Although by this stage Doig had been in the AIF for more than two years, he had yet to see action in the field. In February 1918 he finally joined the 47th Battalion for active service in the field. In late March the battalion was instructed to man the front line near a railway cutting that bordered the village of Dernancourt. The Germans attacked these positions and forced an entry into the 47th Battalion’s line, although they were quickly forced back out. The Australians could see more and more Germans arriving in buses behind the lines, but the battalion continued to successfully defend against German attacks throughout the day and until their relief.

On 29 March Lieutenant David Doig was admitted to the 41st Casualty Clearing Station. He was recorded as having suffered gunshot wounds to the hip and thigh. The battalion war diary records that he was in fact hit by a “dud” shell – one that did not go off. He had to reach the casualty clearing station on a horse ambulance over 15 km of rough roads, which worsened his condition. He died on arrival, and was buried nearby.

On the first anniversary of his death, his students put the following notice in the newspaper:

He died for King and country
A bright young life he gave,
To know him was to love him,
Our teacher true and brave.

Lieutenant David Doig, Australians, who has died from wounds, was a native of Dundee, and was educated at Blackness Public School.  He emigrated several years ago to Western Australia with his brother, where he was engaged in the teaching profession.  He came across with the Australians as a Q.M.S., and served in Gallipoli and subsequently in France.

Can you tell us more about David MacNair Doig'? Some additional facts, a small story handed down through the family or perhaps a picture or an heirloom you can share online. Contact our curator...