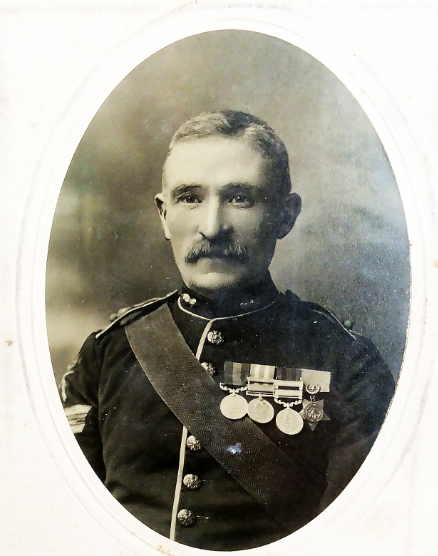 Stewart has no known grave but is remembered on the Loos Memorial.

Stewart Donald was born in Perth, Scotland, and attested for the Royal Scots Fusiliers at Ayr, in June 1883. He served with a detachment from the Regiment in Egypt and the Sudan, attached to the Mounted Infantry Camel Regiment.

Donald served with the Regiment in India with distinction during the Tirah campaign 1897-98, being awarded the Distinguished Conduct Medal – Recommendation submitted to the Queen 9 July 1898 (Army Order 135 of 1898).

He served as Colour Sergeant Instructor of Musketry, Permanent Staff, 3rd Battalion, Royal Scots Fusiliers prior to being discharged 31 January 1907, having served 23 years and 221 days with the Colours. He re-enlisted into the 7th Battalion R.S.F at the beginning of WW1.

Can you tell us more about Stewart Donald'? Some additional facts, a small story handed down through the family or perhaps a picture or an heirloom you can share online. Contact our curator...