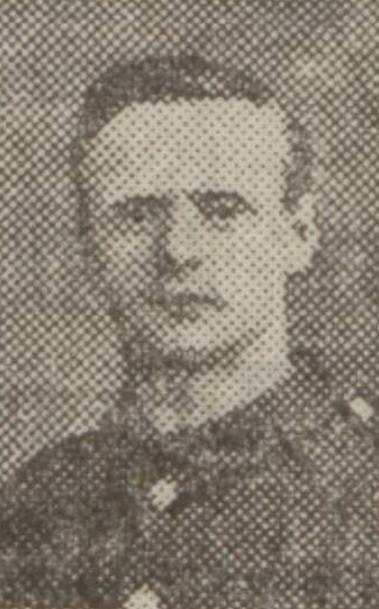 Alexander has no known grave but is remembered on the Tyne Cot Memorial.

8900 Cpl. Alexander Donegan, 7th Cameron Highlanders, was killed by a sniper on 20 August 1917, aged 24.
Donegan was a regular soldier who had originally served with the 1st Battalion, arriving in France in August 1914.
Donegan had been awarded the Military Medal for bravery in the field.
His wife lived at 2 Littlejohn Street, Dundee.
He is commemorated on the Tyne Cot Memorial, West-Vlaanderen, Belgium.

DUNDEE MAN KILLED BY SNIPER. Mrs Donegam 2 Littlejohn Street, Dundee, has received official intimation that her husband, Corporal Alexander Donegan, Cameron Highlanders, was killed on 21st August by a sniper. Corporal Donegan, who was 24 years of age, had seen seven years’ service with the regular forces, and proceeded to France on the outbreak of hostilities. He had been twice wounded, and had been awarded the Military Medal.
His brother, Thomas Donegan, is serving in France. The Courier, Tuesday, 18 September 1917, 3

Can you tell us more about Alexander Donegan'? Some additional facts, a small story handed down through the family or perhaps a picture or an heirloom you can share online. Contact our curator...