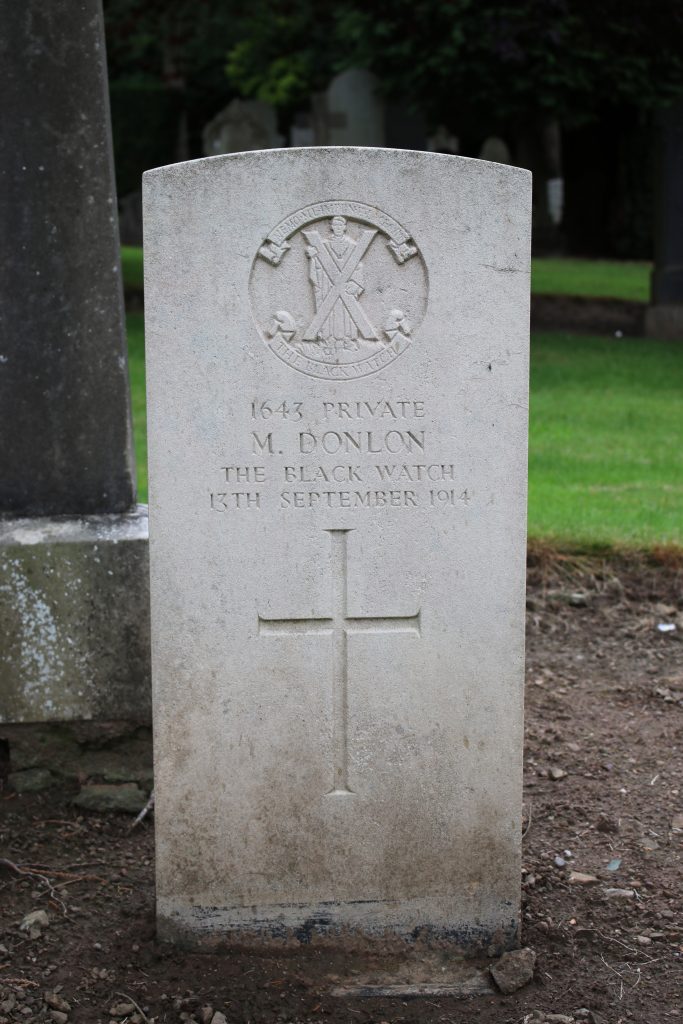 Michael Donlon was born to Francis and Catherine Donlon and was one of five children. Their mother died in childbirth in 1902 and, following her death, the children were left largely to fend for themselves. The eldest, Helen, worked in a jute mill full time and the younger children looked after themselves at school. It was only when one of the children stole an apple and was chased by a policemen that it was discovered the children had been deserted.  Their aunt, Helen Keegan, give care of them.

Michael was killed early in the war on 13th September 1914. His brother, Francis, also fought and died during the war.

Francis and Michael’s next of kin is listed as Miss Helen Keegan, 9 Lawrence St, Dundee

Can you tell us more about Michael Donlon'? Some additional facts, a small story handed down through the family or perhaps a picture or an heirloom you can share online. Contact our curator...