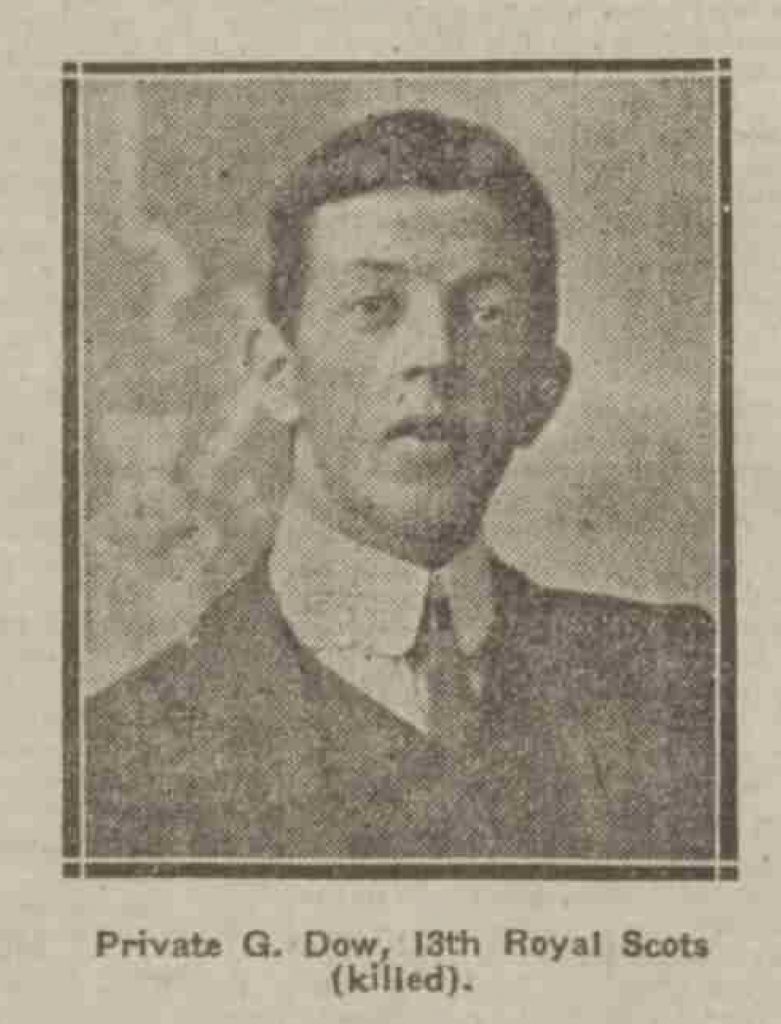 George has no known grave but is remembered on the Loos Memorial. He was the brother of Pte Alexander Dow, 43329, Highland Light Infantry, who survived the war.

Private George Dow, of the 13th Royal Scots, who has been killed in action, was the second son of Mr John Dow, pattern maker, 17 Park Avenue, Dundee.

Can you tell us more about George Dow'? Some additional facts, a small story handed down through the family or perhaps a picture or an heirloom you can share online. Contact our curator...