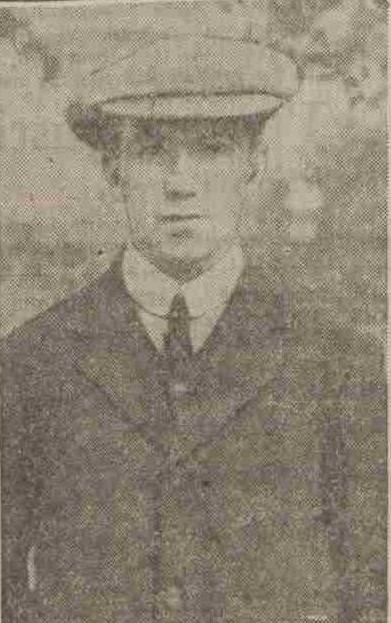 WOUNDED AT THE DARDANELLES.

Another Dundee member of the Royal Naval Division has been wounded in the fighting against the Turks at the Dardanelles.  In a letter to a friend in Dundee O.S. Alexander Duncan writes :___”While taking part in the advance on 6th May, I was bowled over by a Turkish bullet, which hit me in the right thigh, and I am at present in hospital in Alexandria.  The wound is progressing favourably.  We are having plenty to eat, drink and smoke, so we’re all happy.

“The landing at the Dardanelles proved a costly affair, but it was a magnificent piece of work on the part of our troops.  Our Division has suffered pretty heavily.  The Turks had their flying machines over our base dropping bombs on us, but luckily doing little damage.  The warships are doing grand work.  You should see the Queen Elizabeth shelling the Turkish positions, carrying all before her.”

O.S. Alexander Duncan, who is twenty-two years of age, was formerly employed at Wallace Foundry, Dundee, where he served his apprenticeship. He joined the Naval brigade shortly after the outbreak of war.

Can you tell us more about Alexander Duncan'? Some additional facts, a small story handed down through the family or perhaps a picture or an heirloom you can share online. Contact our curator...