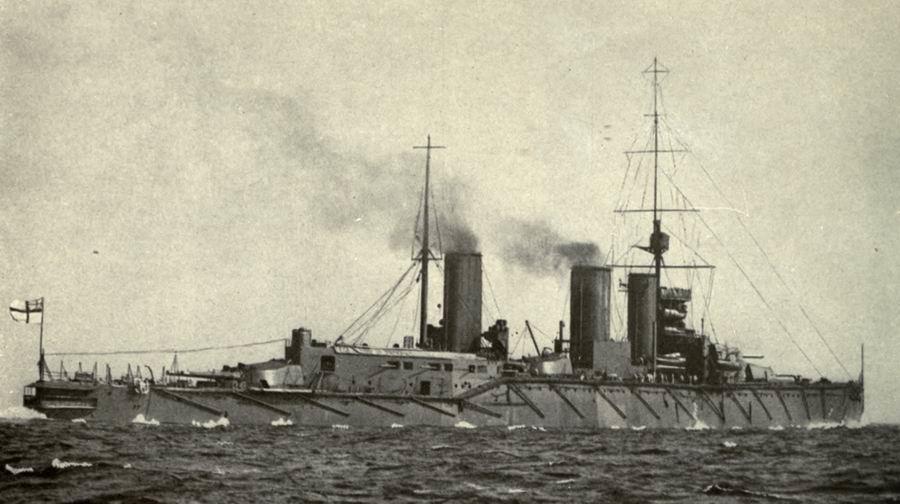 Robert has no known grave but is remembered on the Portsmouth Naval Memorial, he was serving aboard HMS Queen Mary which was the last battlecruiser built before World War I and only member of her class. She was in the 1st Battle Cruiser Squadron and was commanded by Cecil Irby Prowse. She was hit twice by the German Battle Cruiser Derfflinger during the early part of the battle of Jutland and her magazines exploded shortly afterwards, sinking the ship. Of the crew of 1,289 there were only 20 survivors.

Mrs Dunsmore, 51 Yeaman Shore, Dundee, has received intimation from the Admiralty to the effect that it is feared Seaman Robert Dunsmore, her son, has gone down with the Queen Mary in the recent big naval engagement.  Along with the intimation there came a letter expressing their Majesties’ true sympathy with Mrs Dunsmore in her sorrow.

Seaman Dunsmore was a young man in his 21st Year, and entered the service in August Last.

Can you tell us more about Robert Dunsmore'? Some additional facts, a small story handed down through the family or perhaps a picture or an heirloom you can share online. Contact our curator...