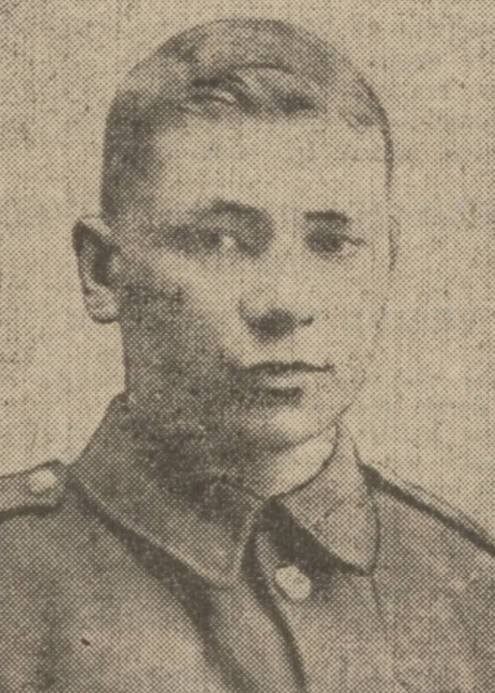 Robert has no known grave but is remembered on the Loos Memorial.

S-8168 Pte. Robert David Fawns, 8th Seaforth Highlanders, was killed in action on 4 February 1916, aged 19.
He was the son of Mr and Mrs Fawns, 18 Ferry Road, and had only been in France since September 1915.
Fawns was employed by Dundee Gas Corporation before the war, and ‘went through an operation in order to be medically fit’ to enlist.
He is commemorated on the Loos Memorial, Pas de Calais, France.

DUNDEE SOLDIER KILLED. Mr and Mrs Fawns, 18 Ferry Road, have received intimation that their son, Private Robert Fawns, aged 19, 8th Seaforths, was killed in action on 4th February. From information to hand he was killed while at an observation post by a German sniper. He was drafted to France in September last. He was very eager to enlist when war broke out, and went through an operation in order to be medically fit. Another brother, Private William Fawns, is in France with the R.A.M.C. Deceased was employed in the Dundee Corporation Gasworks. The Courier, Saturday, 19 February 1916, 4.

Can you tell us more about Robert David Fawns'? Some additional facts, a small story handed down through the family or perhaps a picture or an heirloom you can share online. Contact our curator...