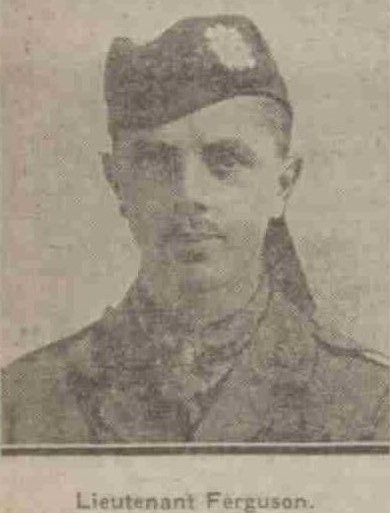 Deceased, who was only 19 years of age, was educated at Harris Academy, Dundee, and at Warwick School, Warwick, and was serving his apprenticeship with Messrs M’Intyre & Rae, chartered accountants, Reform Street, Dundee.  He joined the Artists’ Rifles in November, 1915, and after undergoing a course of instruction was commissioned to the Highland Light Infantry.  Cheering news of his condition had been received, but on Friday evening Mr Ferguson received a telegram stating that his son was dangerously ill.   Mr and Mrs Ferguson left on Saturday to visit their son, but at York they received intimation that he had passed away.

Can you tell us more about Douglas Chalmers Ferguson'? Some additional facts, a small story handed down through the family or perhaps a picture or an heirloom you can share online. Contact our curator...