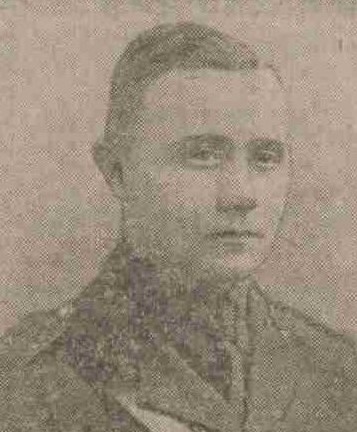 Mrs Ferrier, Youngsdale Place, Newport, yesterday received intimation that her son, Lieutenant Robert Ernest Ferrier, had been killed in action.  Deceased, who was the youngest son of the late Mr David Ferrier, music master, High School, Dundee, was in the office of Messrs Moody Stuart & Robertson, C.A., and is the third member of their staff killed during the last three months, while two former members also fell in action during the present year.

Lieutenant Ferrier was wounded last year.  He was one of six Dundee officers who left for the front four weeks ago, his comrades being Lieutenant Walter T. Smith, 27 Lammerton Terrace (killed) ; Lieutenants J. Crichton Ross, 16 Shamrock Street ; R. M. Fergusson, 2 Hyndford Terrace ; and W. C. Dickson, Victoria House, Tayport (wounded) ; and Lieutenant L. F. D. Sheriff, Broughty Ferry.  The last-mentioned is the only one of the six who has escaped injury.

Lieutenant Ferrier was a great favourite in the burgh, where cricketing comrades were proud of him as one of the first to volunteer from Newport.  Zealous in his training as a private in the Black Watch, he saw hard fighting before gaining his commission.  Educated at Dundee High School, the Lieutenant was only in his 20th year.

Can you tell us more about Robert Ernest Ferrier'? Some additional facts, a small story handed down through the family or perhaps a picture or an heirloom you can share online. Contact our curator...