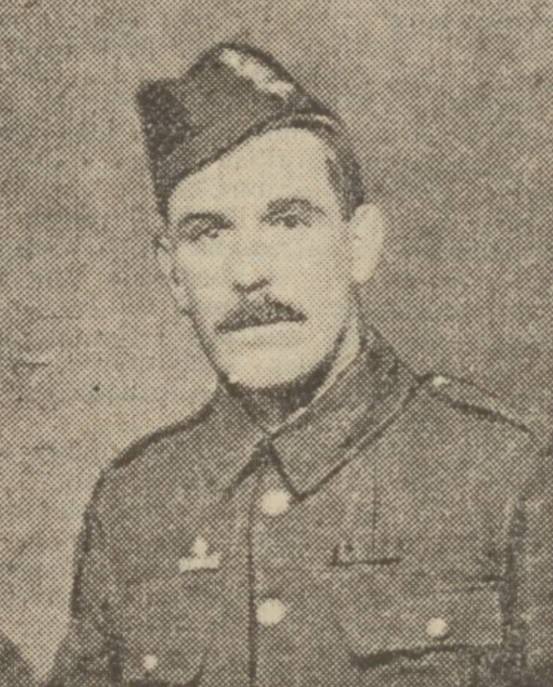 Private John Fitzpatrick has previously served in the Chitral (1895) and Tirah (1897-8) Campaigns.

1736 Pte. John Fitzpatrick, 4th Black Watch, died of wounds in 7th Casualty Clearing Station, on 12 August 1915, aged 38.
Fitzpatrick was a veteran soldier having served in India and South Africa with the King’s Own Scottish Borderers.
He was a millworker, whose wife and son lived at 46 Small’s Wynd.
He is buried in Merville Communal Cemetery, Nord, France, III. R. 6.

DUNDEE VETERAN IS KILLED. FOUGHT IN INDIA AND AFRICA, AND THEN SHOT IN FRANCE. The ranks of Dundee veteran soldiers have been sorely thinned since the present war began, and to-day the death of another of the brave old boys is reported.
He is Private John Fitzpatrick, of the 4th Black Watch, who had previously seen active service in India and South Africa with the King’s Own Scottish Borderers. He had medals and clasps for both the Indian Frontier and Boer War campaigns. Deceased was 38 years of age, and leaves a widow and one boy, who reside at 46 Small’s Wynd.
Private Fitzpatrick has died in the 7th Casualty Clearing Station from wounds.
Deceased for a considerable number of years was a millworker with Gilroy, Sons, & Co., Ltd., but latterly was engaged in the works of John Sharp & Sons, Ltd. After he had put in his period of service with the “King’s Own” Fitzpatrick became associated with the volunteer movement. He severed his connection with the volunteers for a time, but in May last joined the 4th Black Watch. The Courier, Wednesday, 18 August 1915, 4.

Can you tell us more about John Fitzpatrick'? Some additional facts, a small story handed down through the family or perhaps a picture or an heirloom you can share online. Contact our curator...