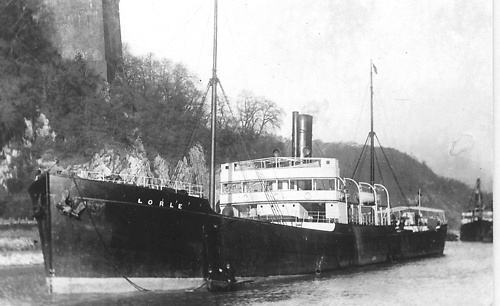 William has no known grave but is remembered on the Tower Hill Memorial. He was serving aboard S.S. Lorle which was a 2,686 ton defensively-armed British Merchant Ship. On the 11th June 1918 when 12 miles SSW from the Lizard, Cornwall she was torpedoed without warning and sunk by German submarine UB-103. 19 lives lost includingthe Master. She was on route from Bilbao for Heysham with a cargo of iron ore at the time of her sinking.

William was the father of Pte David Wilson Fleming S/25611, 8th Battalion Seaforth Highlanders, who was killed in action 28.07.1918.

Can you tell us more about William Robert Fleming'? Some additional facts, a small story handed down through the family or perhaps a picture or an heirloom you can share online. Contact our curator...