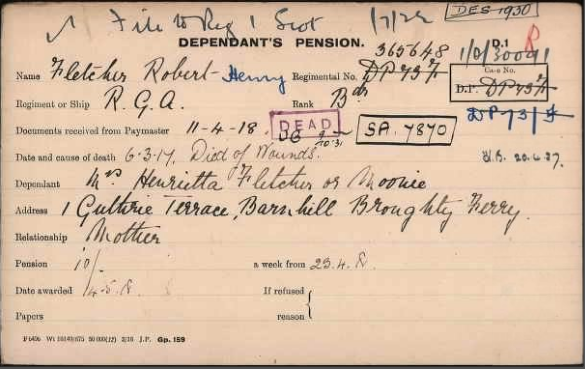 Bombardier Robert Henry Fletcher attended Morgan Academy, Dundee. He enlisted in August 1915. His family received a telegram to say he was severely wounded and he died shortly afterwards. He is named on the 1914-1918 War Memorial in St. Margaret’s Church, Barnhill.

Can you tell us more about Robert Henry Fletcher'? Some additional facts, a small story handed down through the family or perhaps a picture or an heirloom you can share online. Contact our curator...