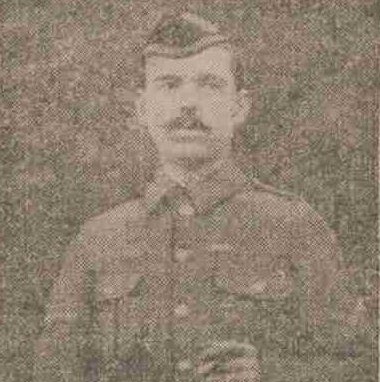 Thomas has no known grave but is remembered on the Le Touret Memorial.

ONE SON KILLED AND OTHER WOUNDED.

Official intimation has been received by Mrs Foster, who resides at 31 Lawrence Street, Dundee, that her son, Lance-Corporal Thomas Leo Foster, of the 2nd Black Watch, was killed in action on 9th May.  Lance-Corporal Foster, who was wounded, was being carried off the field in a stretcher when he was again hit and killed.  Lance-Corporal Foster, who was 26 years of age, was a member of the Highland Light Infantry for a year, but he transferred to the 2nd Black Watch, with which regiment he has served for five years.  He was previously employed as a millworker.  Mrs Foster has also received information that her eldest son, Private Patrick George Foster, of the 1st Black Watch, lies in an English hospital recovering from a wound in the foot.  Private Foster, who is 43 years of age, has had a long military experience, having been a member of the Black Watch for twelve years, and has seen service abroad for eleven years.  He re-enlisted in his old regiment on the outbreak of war.  A sad feature is that the brothers had not seen each other for six years previous to having a few minutes’ talk with each other while one was going into the trenches and the other leaving.

Can you tell us more about Thomas Leo Foster'? Some additional facts, a small story handed down through the family or perhaps a picture or an heirloom you can share online. Contact our curator...