We need you to tell us more about the life and times of Duncan S. Fraser 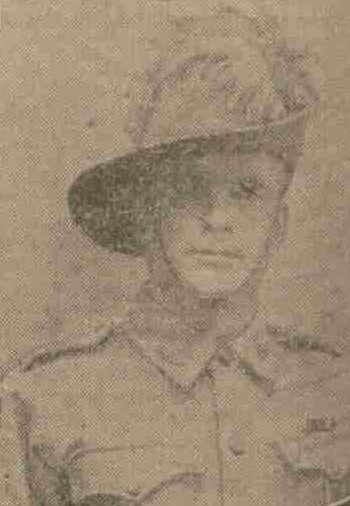 Another Anzac hero has been killed in action—Sergeant Duncan S. Fraser, son of Mr John Fraser, carver and gilder, 4 Caldrum Street, Dundee.  The news which has reached Sergeant Fraser’s relatives is to the effect that he was killed on 28th June.

Sergeant Fraser was the eldest of three brothers serving with the colours.  He was a tried soldier.  He began his military training in the 2nd Black Watch, and on the outbreak of the Boer War volunteered for active service.  The young soldier outlived all the hardships of the South African campaign and afterwards went with his regiment to India, where he completed 12 years of service.

Some years ago he went to Australia, and being a member of the Caledonian Pipe Band he was very popular in a wide circle in Brisbane.  Once more answering the call he enlisted in the A.F.A.,  and went with the first contingent to Gallipoli. He was in the famous landing at Gaba Tepe, and he was the last gun to leave the peninsula.

Can you tell us more about Duncan S. Fraser'? Some additional facts, a small story handed down through the family or perhaps a picture or an heirloom you can share online. Contact our curator...