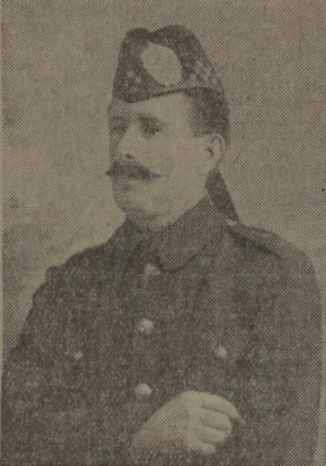 George has no known grave but is remembered on the Loos Memorial.

Mrs Fraser, Brook Street, Broughty Ferry, has been officially informed that her husband, Private George Fraser, A. and S. Highlanders, has been killed in action.  He had been missing since the battle of Loos.  He enlisted at the beginning of the war, when he was employed with Mr Robert Stewart, hothouse builder, Broughty Ferry.

Can you tell us more about George Sinclair Gow Fraser'? Some additional facts, a small story handed down through the family or perhaps a picture or an heirloom you can share online. Contact our curator...