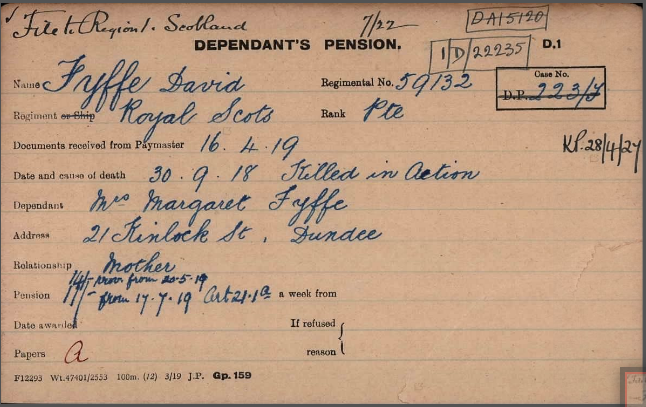 Private David Fyffe, Royal Scots, who was killed in action on 30th September, was a son of Mr and Mrs Fyffe 21 Kinloch Street, Dundee.  Deceased, who was 19 years of age, joined up in October, 1917, on attaining military age, and proceeded to France in March of this year.  Before enlistment, Private Fyffe was a labourer with Messrs J. C. Taylor & Son, Jamaica Street, Dundee.  An elder brother, George, is serving with the Tank Corps, and has been four times wounded.

Can you tell us more about David Fyffe'? Some additional facts, a small story handed down through the family or perhaps a picture or an heirloom you can share online. Contact our curator...