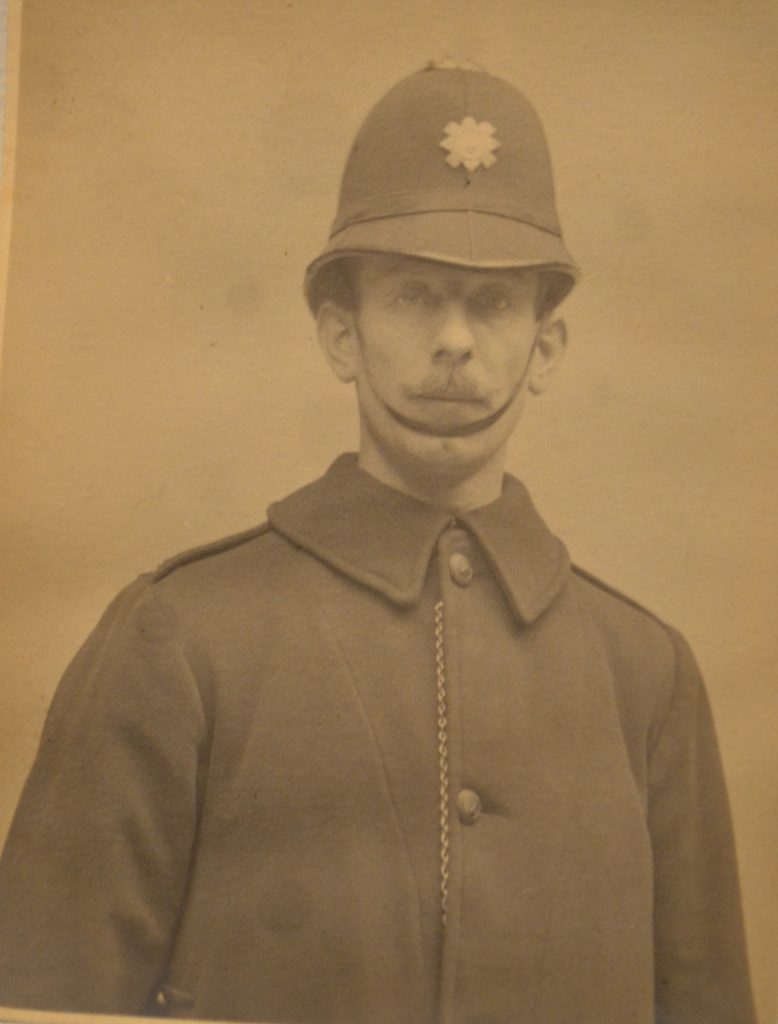 GIVES LIFE FOR HIS COUNTRY.

The war is claiming victims from all ranks of society.  Sergeant John Fyffe, a constable in the Broughty Ferry section of the Dundee Police Force, has been called upon to make the supreme sacrifice, having been killed in action on 21st October.

His parents, who reside at 3 Church Street, Dundee, have received official intimation to that effect, together with a letter of sympathy from Lord Kitchener.

Sergeant Fyffe, who was thirty years of age, served eight years in the Highland Light Infantry.  Returning home four years ago from India, where he had served for five years, Fyffe eventually entered the Broughty Ferry Police Force, to which he was attached until as a reservist, he was called up on the outbreak of the present war.  He was then a corporal, but soon after leaving for the front was promoted to the rank of sergeant.

Of a cheery disposition and smart at his work, Constable Fyffe was a great favourite with his comrades and friends in Broughty Ferry, all of whom speak of him in the highest terms of praise, and to whom the news of his death has come as a great shock.

Can you tell us more about John Fyffe'? Some additional facts, a small story handed down through the family or perhaps a picture or an heirloom you can share online. Contact our curator...