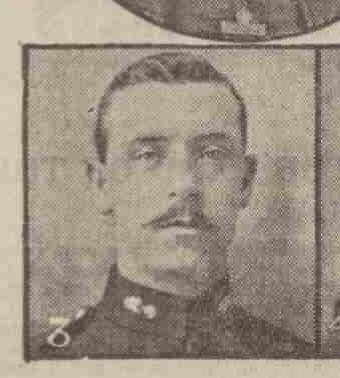 The second British soldier to die from wounds in a Dundee Institution is Pte. James Gaffney, of the Royal Scots Fusiliers, whose death has taken place at the King’s Cross Hospital.

Pte. Gaffney was a native of Dundee and 29 years of age.  He went out to the front with his regiment at the commencement of the war, and he sustained his injuries in the closing stages of the memorable retreat from Mons.  He resided with two of his sisters at 36 Carnegie Street, Dundee.

Can you tell us more about James Gaffney'? Some additional facts, a small story handed down through the family or perhaps a picture or an heirloom you can share online. Contact our curator...