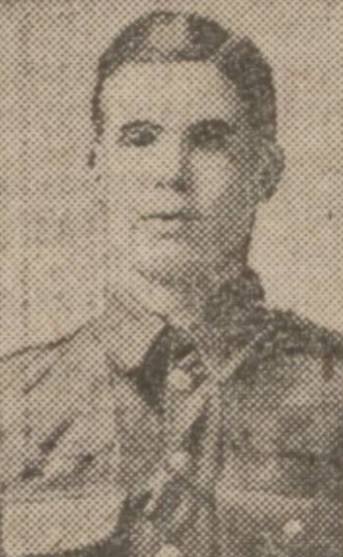 Peter has no known grave but is remembered on the Basra Memorial.

3-2282 Pte. Peter Garland, D.C.M., 2nd Black Watch, was one of several Dundee soldiers killed in action on 21 January 1916. Garland was a reservist and employed as a calendar worker before being recalled to the colours. His father lived at 100 South Road, Lochee.
Peter Garland has no know grave and is commemorated on the Basra Memorial, Iraq.

DUNDEE SOLDIER WHO IS AWARDEDS D.C.M. HAS BEEN MISSING SINCE JANUARY. Private P. Garland, 2d Battalion Royal Highlanders, whose name appeared in the recent list of honours, is a Dundee man. His father lives at 100 South Road, Lochee.
Private Garland, who is 20 years of age, was a reservist, and prior to being called up was a calender worker. In the official despatch it states that he was awarded the D.C.M. for conspicuous gallantry. Lance-Corporal Robertson and Private Garland charged a machine gun in action, shot the gunners, and put the gun out of action before they retired. Unfortunately, he has been missing since 21st January.
Other two brothers are also with the colours, Philip being in the 3/4th Black Watch, and Samuel in the R.F.A. The Courier, Tuesday, 18 April 1916, 4.

Can you tell us more about Peter Garland'? Some additional facts, a small story handed down through the family or perhaps a picture or an heirloom you can share online. Contact our curator...