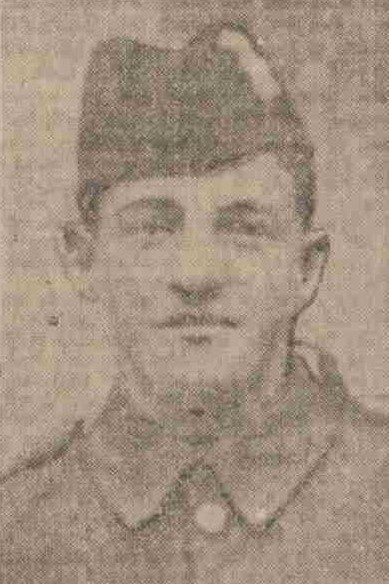 Alexander has no known grave but is remembered on the La Ferte Memorial. His next of kin is listed as Miss Winifred McEwen, 134 Blackness Rd, Dundee.

Mr James Geekie, chauffeur, 18 Todburn Lane, Dundee, has received information that his son, Private Alexander Geekie, of the 1st Black Watch, had been killed in action.

Private Geekie, who was but nineteen years of age, joined the Black Watch in September, 1913, having previously been employed in a mill in the Polepark district.  His death occurred on 14th September last.  Appended to the intimation was a communication from Lord Kitchener in the following terms :-“The King commands me to assure you of the true sympathy of His Majesty and the Queen in your sorrow.”

The sad intimation has been received by the parents of Private Alexander Geekie, who reside in Todburn Lane, Dundee, that their son has been killed at the front.

Private Geekie was in the 1st Black Watch, in which he has seen only about a year’s service.  He was stationed with his regiment at Aldershot at the outbreak of the war, and was immediately sent abroad with the Expeditionary Force.  He was quite a young man, having just passed his twentieth year, and was of a bright and pleasant disposition.

Can you tell us more about Alexander Geekie'? Some additional facts, a small story handed down through the family or perhaps a picture or an heirloom you can share online. Contact our curator...