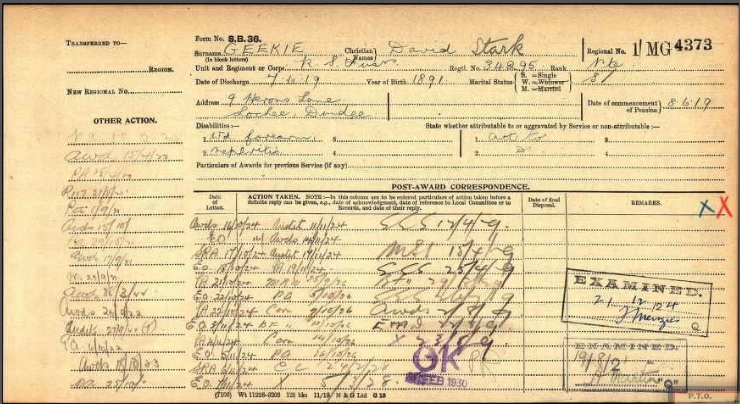 There is a pension record for a David Stark Geekie, 43285, Royal Scots Fusiliers, 9 Herons Lane Lochee (see attached), his medal index card (see attached) states that he previously served with the Seaforth Highlanders, S/7898, but there is nothing within these two files to indicate that he died either during or shortly after the end of the war.

Can you tell us more about David Geekie'? Some additional facts, a small story handed down through the family or perhaps a picture or an heirloom you can share online. Contact our curator...