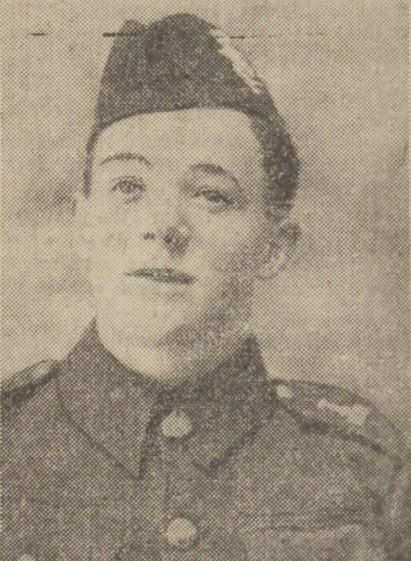 Davis has no known grave but is remembered on the Le Touret Memorial.

DUNDEE TERRITORIAL DIES FROM WOUNDS. EXPONENT OF BOXING AND SWIMMING. Intimation came to hand yesterday of another member of the 4th Black Watch who had fallen in battle.
Deceased is Private David Gellatly, and his home was at 3 Willison Street. He succumbed to wounds received in the action of 9th May, but official notification of his death has just been received. Private Gellatly was a bright and popular lad of 21 years, and prior to enlistment after the outbreak of war he was an apprentice painter with Mr Allan Boath, Nethergate. Gellatly was well known in local sporting circles, being an exponent of both boxing and swimming. Another brother is a piper in the 3/5th Black Watch.
Captain R. W. M’Intyre, of the 4th Black Watch, has sent the following letter to Mrs Gellatly: – “I am sorry to inform you that your son, Private D. Gellatly (No. 2847), died of wounds received on 9th May. He died on his way to hospital, and was buried near the first aid station. He was an excellent soldier, and his loss is much felt by his comrades in the platoon.” The Courier, Thursday, 29 July 1915, 4.

Can you tell us more about Davis Gellatly'? Some additional facts, a small story handed down through the family or perhaps a picture or an heirloom you can share online. Contact our curator...