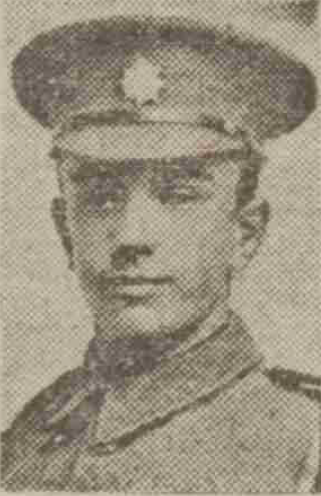 Samuel has no known grave but is remembered on the Tyne Cot Memorial. Sam was the brother of Pte John Hannan Gibson, 23439, 8th Seaforth Highlanders and Pte Robert Gibson, 14011, Labour Corps.

Private Sam Gibson, Royal Inniskilling Fusiliers, whose wife resides at 15 Hill Street, was killed as the result of a shell explosion.  Deceased, who was for three years in the A.S.C., was 24 years of age, and was employed as a baker prior to enlistment.  His brother John, who is in the Seaforth Highlanders, is at present in hospital in England.

Can you tell us more about Samuel Gibson'? Some additional facts, a small story handed down through the family or perhaps a picture or an heirloom you can share online. Contact our curator...