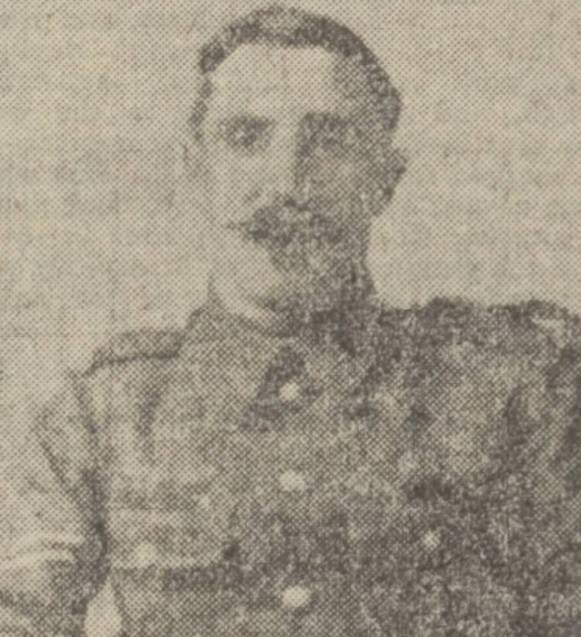 Sidney has no known grave but is remembered on the Portsmouth Naval Memorial. He was serving aboard H.M.S. Invincible at the time of his death. He was the brother of Pte Edward William Devine Gillman, 14865, 7th Battalion Somerset Light Infantry, who was killed in action, 16.09.1916 & Pte Richard Charles Gillman, 28635, 7th Battalion Kings Shropshire Light Infantry, who died of disease, 13.03.1919.

The Battleship H.M.S. Invincible participated in three major battles: the Battle of Heligoland Bight in August 1914, the Battle of the Falklands in December 1914, sinking the 2 armoured cruisers SMS Gneisenau and SMS Scharnhorst and in the Battle of Jutland in 1916, in which she sank.

She was the flagship of the 3rd Battlecruiser Squadron during the Battle of Jutland. The squadron had been detached from Admiral Beatty’s Battlecruiser Fleet a few days before the battle for gunnery practice with the Grand Fleet and acted as its heavy scouting force during the battle. She was destroyed by a magazine explosion during the battle after ‘Q’ turret was penetrated. 1026 men were killed with only 6 surviving the sinking.

PO/13019 Pte. Sydney George Gillman, Royal Marine Light Infantry, was another Dundee man who lost his life on HMS Invincible. He is commemorated on the Portsmouth Naval Memorial.

Sydney George Gillman, of the Royal Marines, whose wife in Dundee has received intimation that he went down with the Invincible. The People’s Journal, Saturday, 10 June 1916, 6.

Can you tell us more about Sidney George Gillman'? Some additional facts, a small story handed down through the family or perhaps a picture or an heirloom you can share online. Contact our curator...