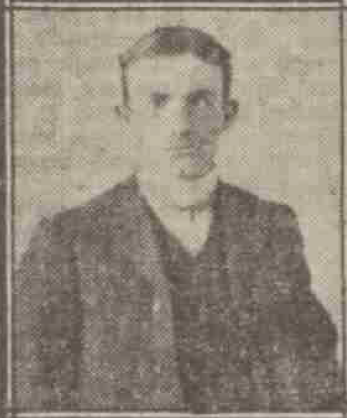 Private David Jackson Glen was killed while rescuing a wounded comrade.   Mrs Glen, who resides at 43 Nethergate, received the fateful news in the following letter from Lieutenant J. L. Puller :–“I am writing to tell you that your husband was killed om Monday while on duty in the front line trenches.  In helping in a wounded comrade, he was hit in the stomach and died shortly afterwards.  He met his death while helping another, and he died bravely.  As his platoon commander I tender my very sincere sympathy.”

Private Glen, who was 22 years of age, joined the 4th Black Watch shortly after the outbreak of war, and previous to donning the khaki was employed with Halley Brothers, Ltd., Hackle Makers, South Ward Road.  He is survived by a widow and a little child.  Deceased’s brother, Private Thomas Glen, Royal Scots, is at present in the Convalescent Home, Kirriemuir, where he is recovering from an attack of frostbite.

Can you tell us more about David Jackson Glen'? Some additional facts, a small story handed down through the family or perhaps a picture or an heirloom you can share online. Contact our curator...