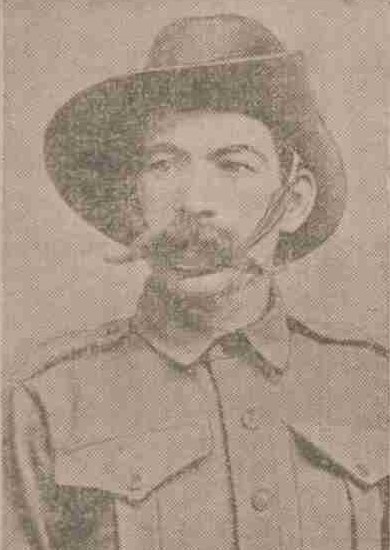 Edward has no known grave but is remembered on the Villers-Bretonneux Memorial. For more information on Edward, visit Edward’s Service Record.

Official intimation was yesterday received of the death in action of another Dundee Colonial.

He is Sergeant E. Goldie, of the Australian Imperial Force.   Sergeant Goldie was killed on 11th August.  He enlisted in August, 1914, and went through the whole of Gallipoli campaign.  He was wounded on three occasions. Sergeant Goldie had been in France for about six weeks.

Can you tell us more about Edward Goldie'? Some additional facts, a small story handed down through the family or perhaps a picture or an heirloom you can share online. Contact our curator...