We need you to tell us more about the life and times of William B. Gordon 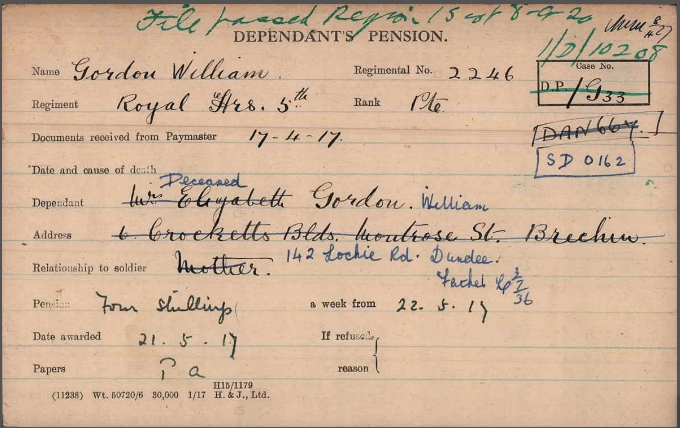 More about William B. Gordon

Mr and Mrs William Gordon, 6 Crocket’s Buildings. Brechin, have received official intimation that their son, Private William Gordon, Black Watch, was killed in action on 14th October.  Private Gordon was well known as a member of the Brechin City Band, and was employed at Denburn Works.

Can you tell us more about William B. Gordon'? Some additional facts, a small story handed down through the family or perhaps a picture or an heirloom you can share online. Contact our curator...