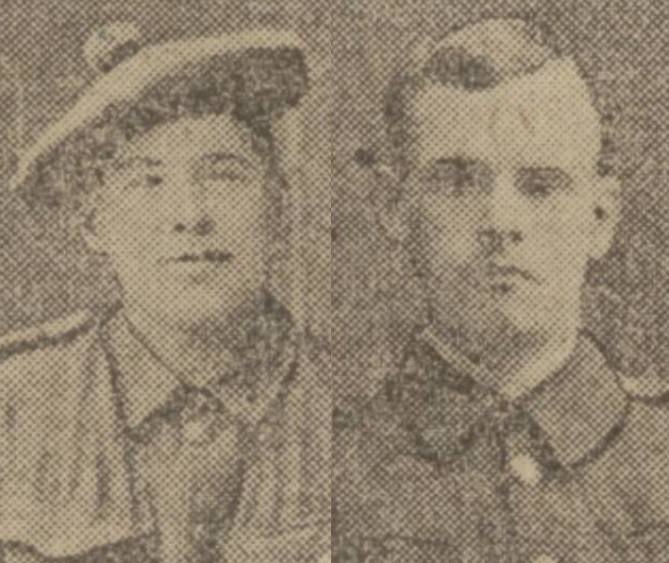 The image shows 1495 Pte. Donald Gow (left) and 3120 Pte. David Houston, 4/5th Black Watch. Both soldiers were killed in the attack on 3 September 1916, and are buried in Hamel Military Cemetery, Beaumont-Hamel, Somme, France.

SECOND MEMBER OF FAMILY FALLS. Private Donald Gow had eight years’ connection with the Territorials prior to the war, and he proceeded to the front with his battaloin about eighteen months ago. He was formerly employed as a calender worker. A brother has been missing for twelve months.
Private David Houston, 21 Lawrence Street, Dundee, was in his 21st year. He was formerly a millworker, and enlisted in October, 1914. He leaves a young widow. The Courier, Friday, 15 September 1916, 4.

Can you tell us more about Donald Gow'? Some additional facts, a small story handed down through the family or perhaps a picture or an heirloom you can share online. Contact our curator...