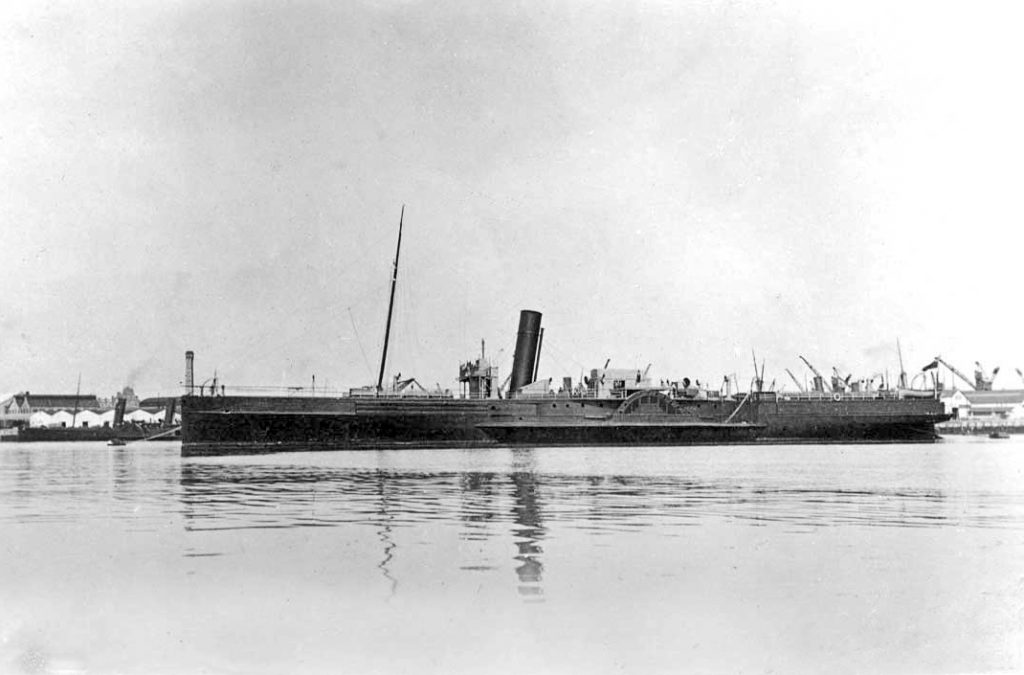 James has no known grave but is remembered on the Portsmouth Naval Memorial. He was serving aboard H.M.P.M.S. Duchess of Hamilton which was built by Wm. Denny & Bros., Dumbarton in 1890 and operated at the time of her loss by Royal Navy, was a British auxiliary minesweeper of 553 tons.

Official intimation was received in Dundee on Monday of the death of a local navy man on mine-sweepers at sea. The deceased was Seaman James Green.  Seaman Green met his death on 24th October, resided at 7 Bruce Street, Dundee.  He leaves a wife and child.

GREEN___Killed at sea, on the 29th November 1915, Seaman James Green, third son of the late Godfrey Green and of Mrs Green, 5 Bruce Street. – Inserted by his sorrowing mother, brothers, and sister.

Can you tell us more about James Green'? Some additional facts, a small story handed down through the family or perhaps a picture or an heirloom you can share online. Contact our curator...