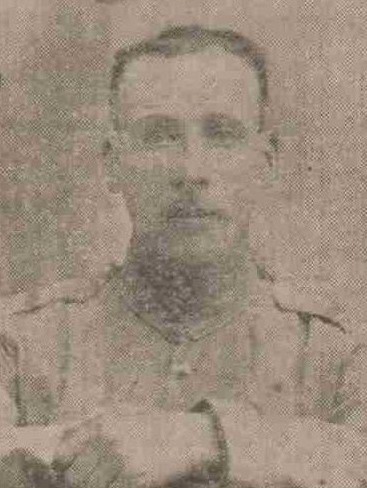 George has no known grave but is remembered on the Menin Gate Memorial.

FIFTEEN YEARS IN THE ARMY.

Mrs Harrison, who resides at 103 South Road, Lochee, has received official intimation that her son, George, a private in the King’s Own Scottish Borderers, was killed in action on 5th May.

Private Harrison, who was 33 years of age, had a long military experience, having served in all fifteen years.  He was attached to the Highland Light Infantry for some time, but latterly joined the King’s Own Scottish Borderers.  He twice saw service in India, and went through the South African War.

Can you tell us more about George Harrison'? Some additional facts, a small story handed down through the family or perhaps a picture or an heirloom you can share online. Contact our curator...