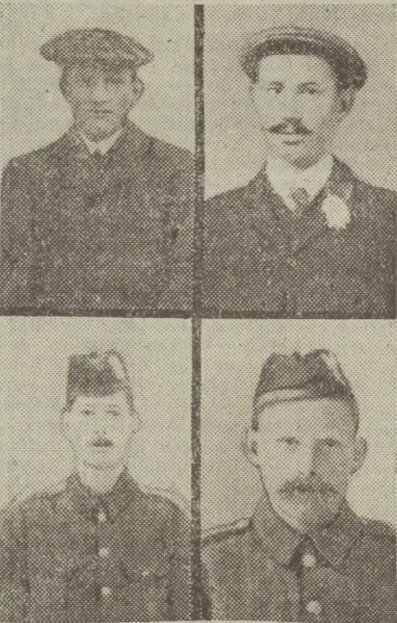 the four sons of Mrs Harrow, 32 Larch Street. The brothers had all served with Dundee’s Own, but Charles enlisted in the regular army and was serving with the 1st Black Watch when he left for the front in December 1914.
The others, 565 Pte. Alexander Harrow and 566 Sgt. Robert Harrow, were with the 4th Battalion when it left Dundee in February 1915, and 3860 Pte. William Harrow joined them in July.
Robert Harrow would lose his life at Neuve Chapelle in March, Charles was listed as missing after the Aubers Ridge, Alexander was wounded at Loos in September, and discharged two months later, while William was one of many in Dundee’s Own who fell in the same action.

Can you tell us more about William Harrow'? Some additional facts, a small story handed down through the family or perhaps a picture or an heirloom you can share online. Contact our curator...