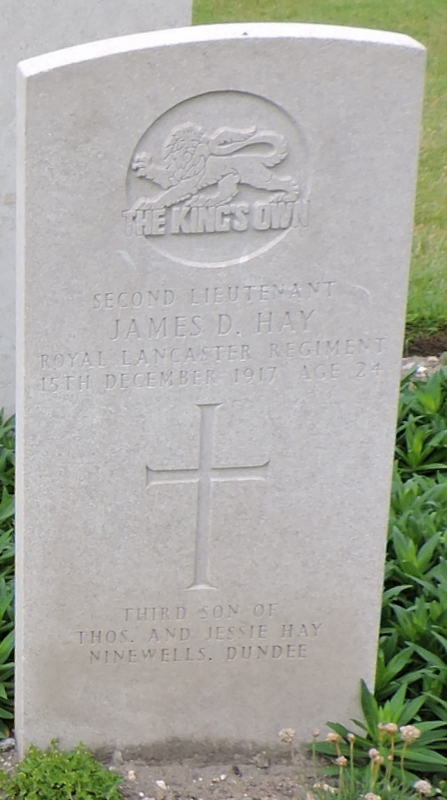 James is believed to be the brother of Shoeing Smith, William McPherson Hay, 13829, 3rd Dragoon Guards Prince of Wales Own, who was killed in action 27.03.1918.

Lieutenant James D. Hay, Royal Lancaster Regiment, has died of wounds.  He was a son of Mr Thomas Hay, joiner, Ninewells, and was reported wounded about a fortnight ago.  He enlisted in the Scots Guards shortly after the outbreak of war, and came through a lot of heavy fighting with that regiment.  Only six weeks ago he returned to the front as an officer of the Royal Lancaster Regiment.  In civil life Lieut. Hay was a clerk in the office of A. & J. Guild, stockbrokers, Dundee.

Can you tell us more about James Duncan Hay'? Some additional facts, a small story handed down through the family or perhaps a picture or an heirloom you can share online. Contact our curator...