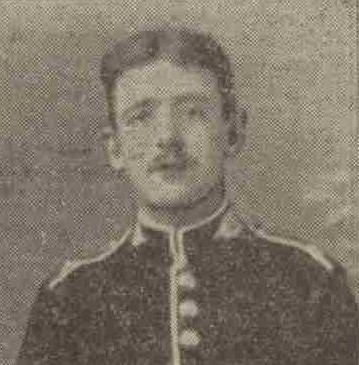 WHAT IS FATE OF DUNDEE SCOTS GUARDSMAN?

There could be no more regular writer to his mother, who resides at 15 Shepherd’s Loan, Dundee, than Corporal David M. Henderson, Scots Guards.  On the 7th October last Mrs Henderson had a postcard from him, but since that time he has not sent her any communication.

At the time she received the last epistle she was resident in America, and when several months passed and still no word came from him Mrs Henderson determined to come to Dundee, her native city, to see if she could glean any idea as to his whereabouts, but the only information she has gathered regarding him was given her by the Record Office, who, in reply to her inquiry, stated that her son was wounded and missing.

Corporal Henderson is 21 years of age, and has served with his regiment for four years.

His brothers George and John emigrated to USA with their mother.

Can you tell us more about David Millar Henderson'? Some additional facts, a small story handed down through the family or perhaps a picture or an heirloom you can share online. Contact our curator...